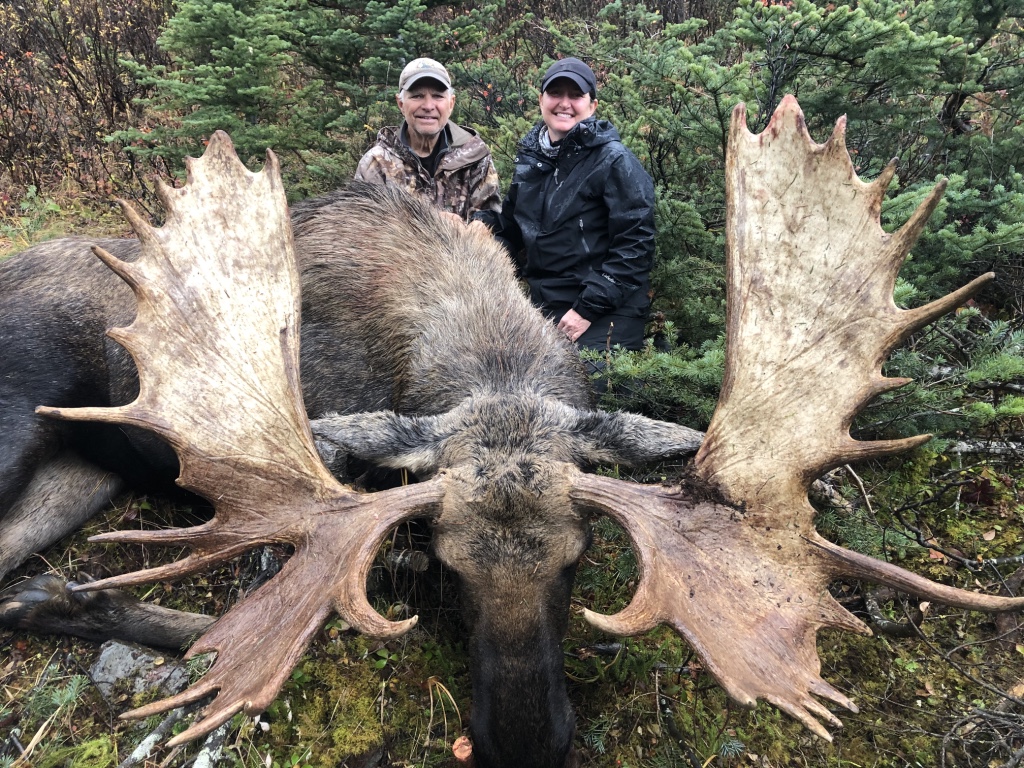 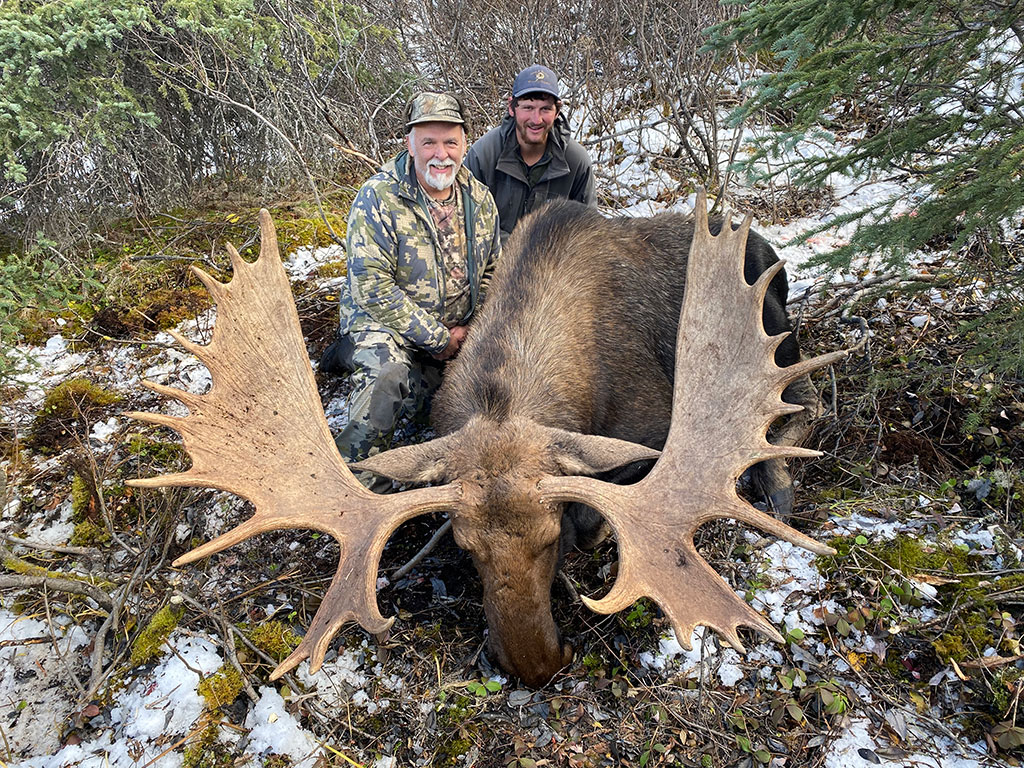 Hunting Canadian Moose in BC

Being that the top of the area is 25 miles from the Yukon border, these bulls have big genetics. Because we are still in BC, these bulls are classified as Canadian moose and are truly impressive animals. Bulls generally range in spread from 48”- 60 inches with a year over year average of 52-53” wide. Every year we will kill a few bulls that are 56-60+ inches wide that score over 200 points.

Moose hunting takes place in August, September and early October. Earlier in the season we hunt them in their summer range, up high and similar to a high sub alpine mule deer hunt. The early season is a really fun way to hunt moose and really effective. It works well as a combo hunt as well with long days and usually nice weather. Once the rut hits mid-September, we utilize calling along with spot and stalk. During the rut Moose are moving around looking for a mate, fighting other bulls and more active in general. The best and the worst days of moose hunting are generally during the rut. It is weather dependent and warm and windy weather causes the bulls to rut at night and sleep during the day.

If you are on a combo, when you are experiencing this type of weather the best route is to hunt goats, bears or Caribou until the weather cools back off, usually warm windy weather passes and you are back into great moose hunting once it goes.  The rut hunt is the best hunt to get really close to bulls and see that classic rutting bull coming in to the call raking and grunting, but is not more successful than the post or pre rut hunts.

Moose hunts are part of either the Single Species Hunts or Combination Packages, which include Mountain Goat, Mountain Caribou, Elk, Black Bear and Wolf.

Most moose hunts are horseback. 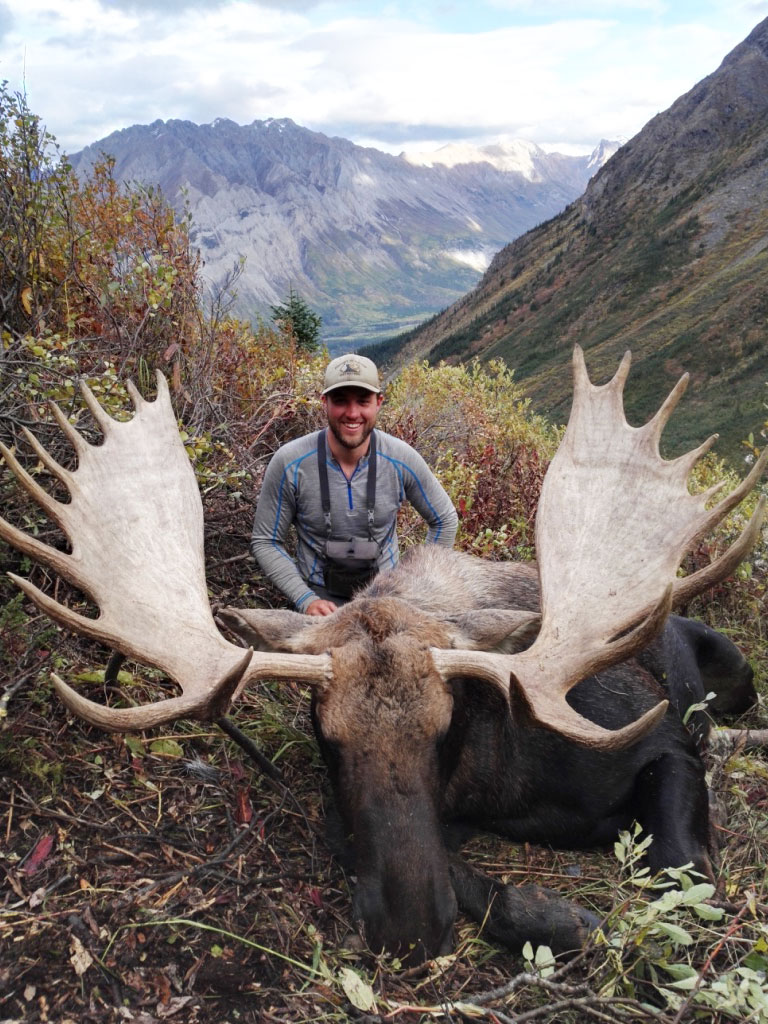 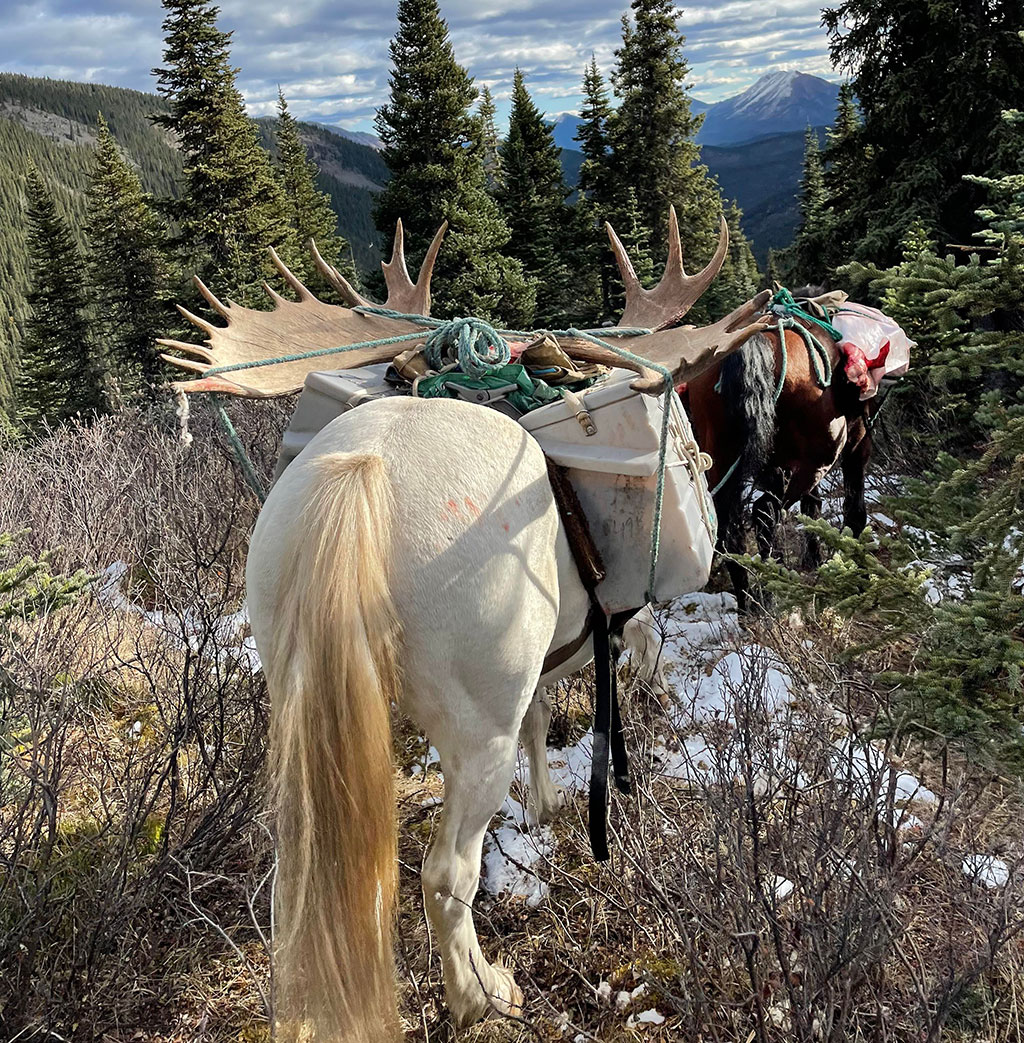 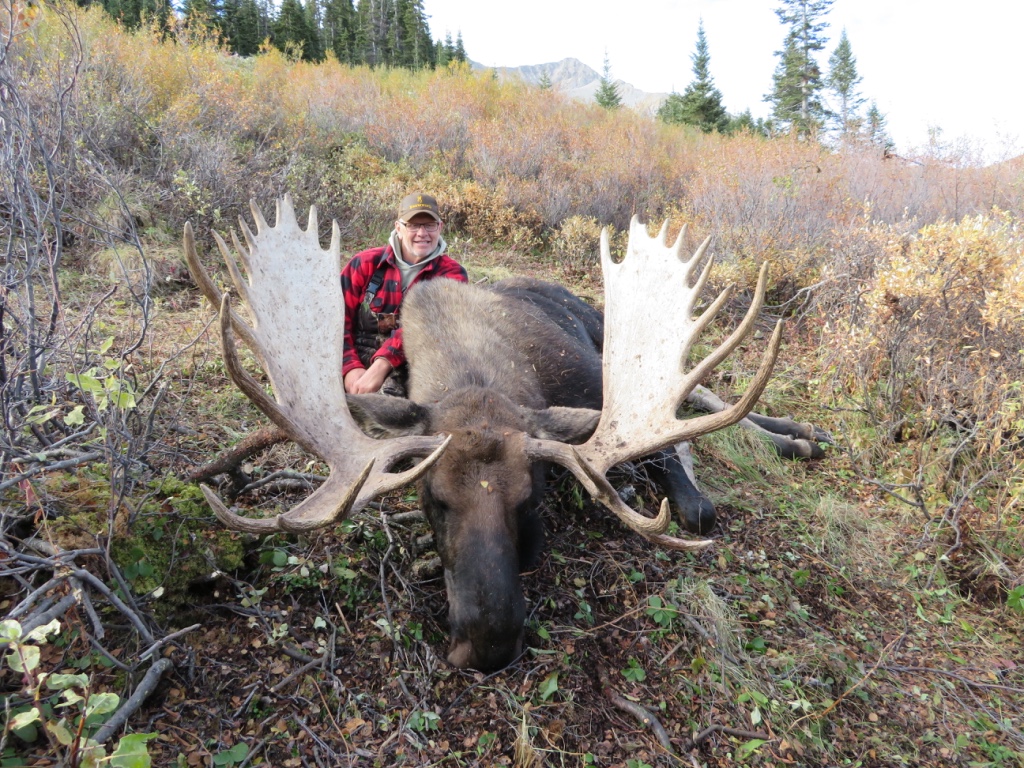 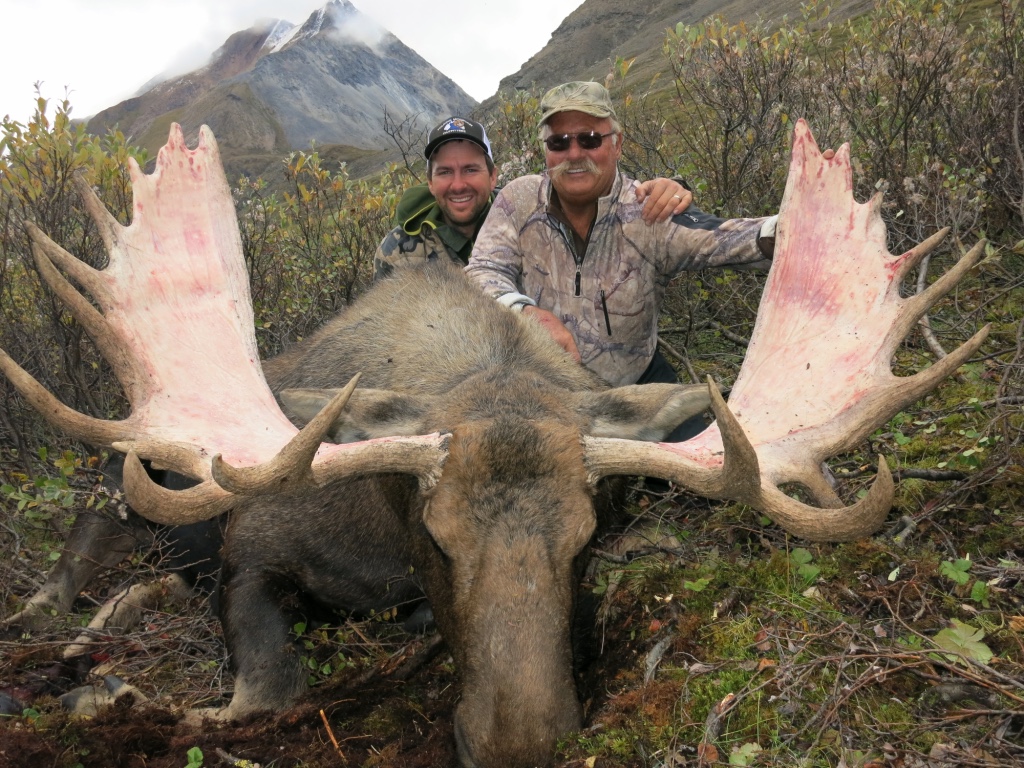 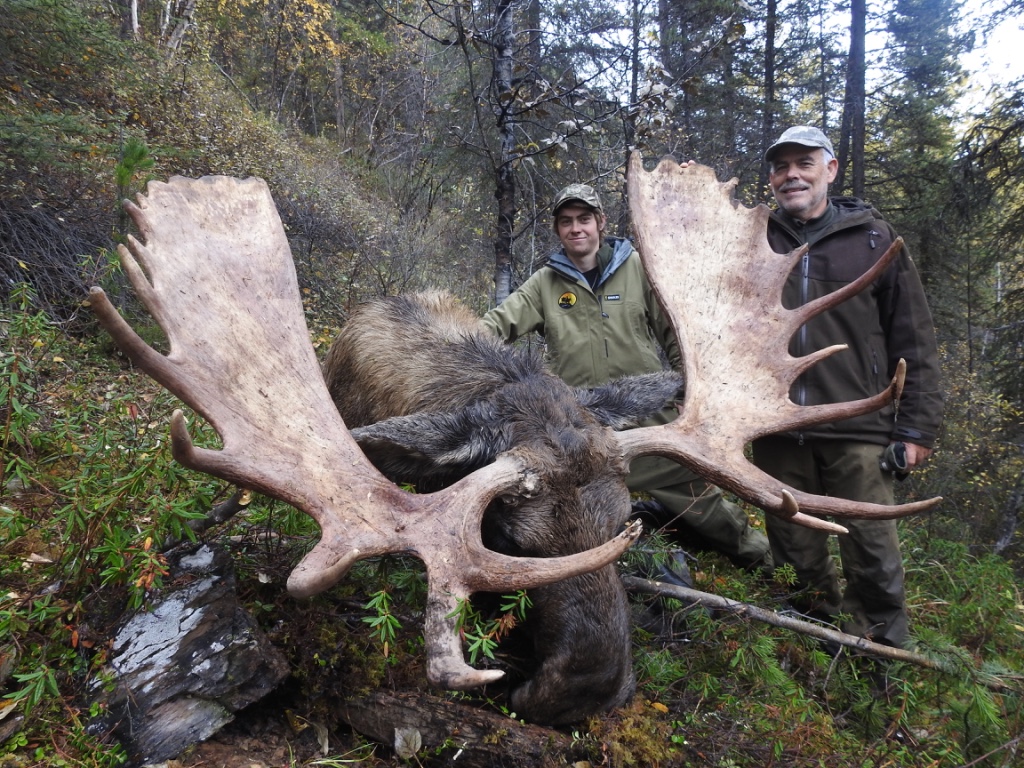 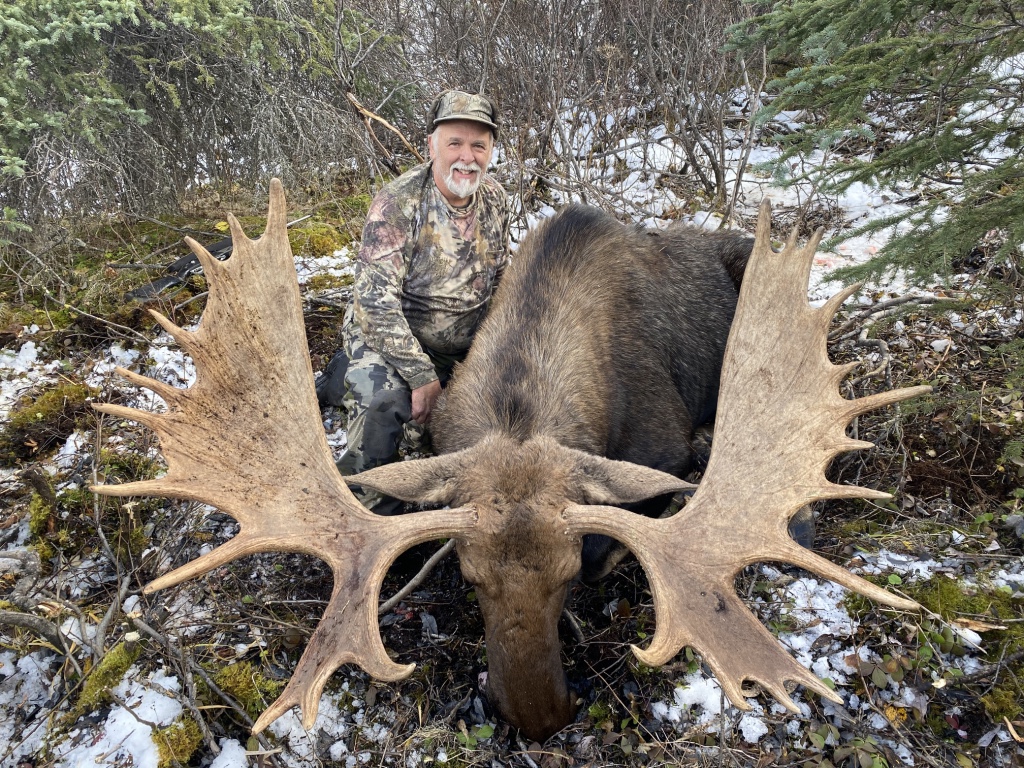 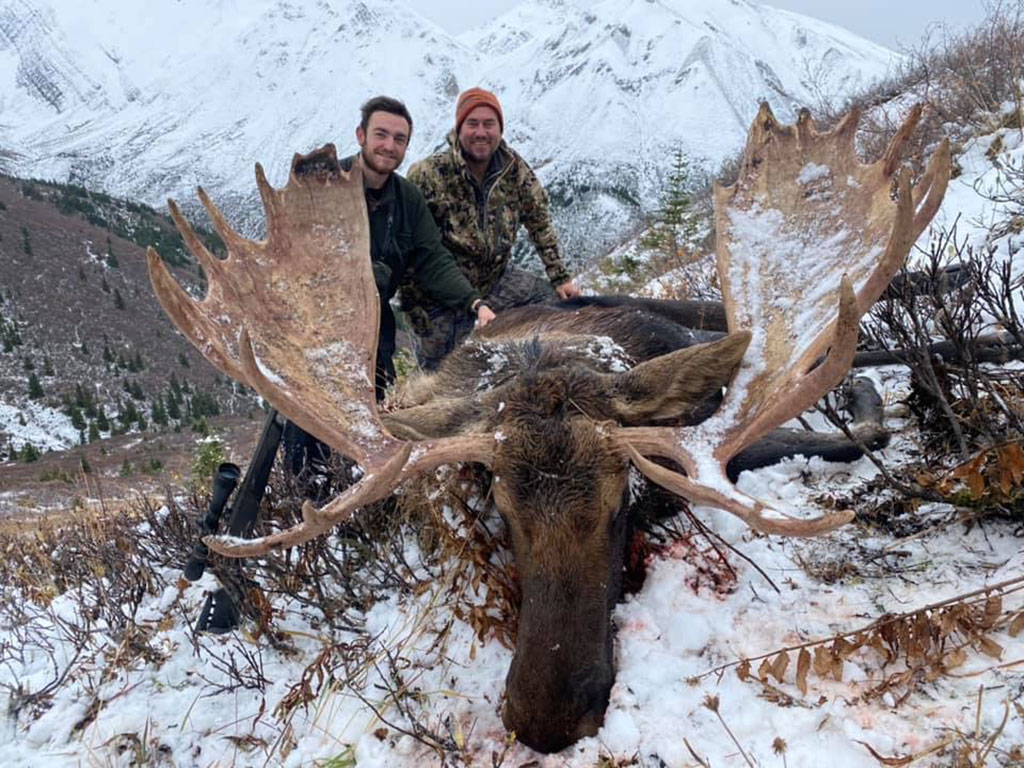 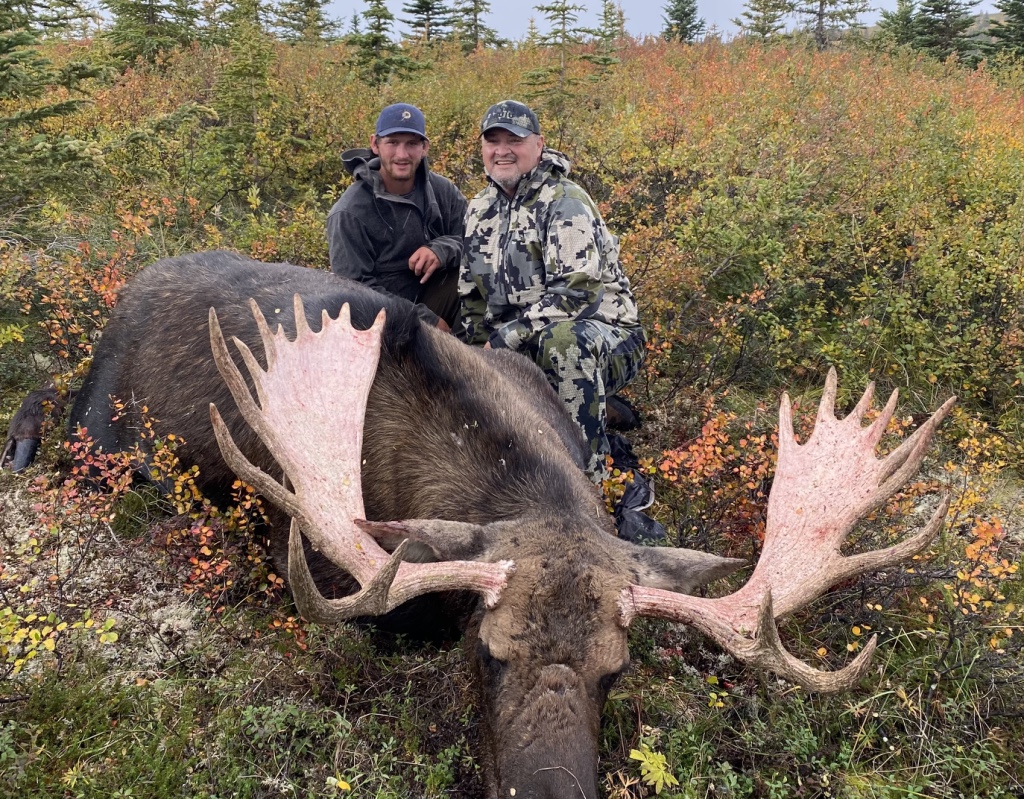 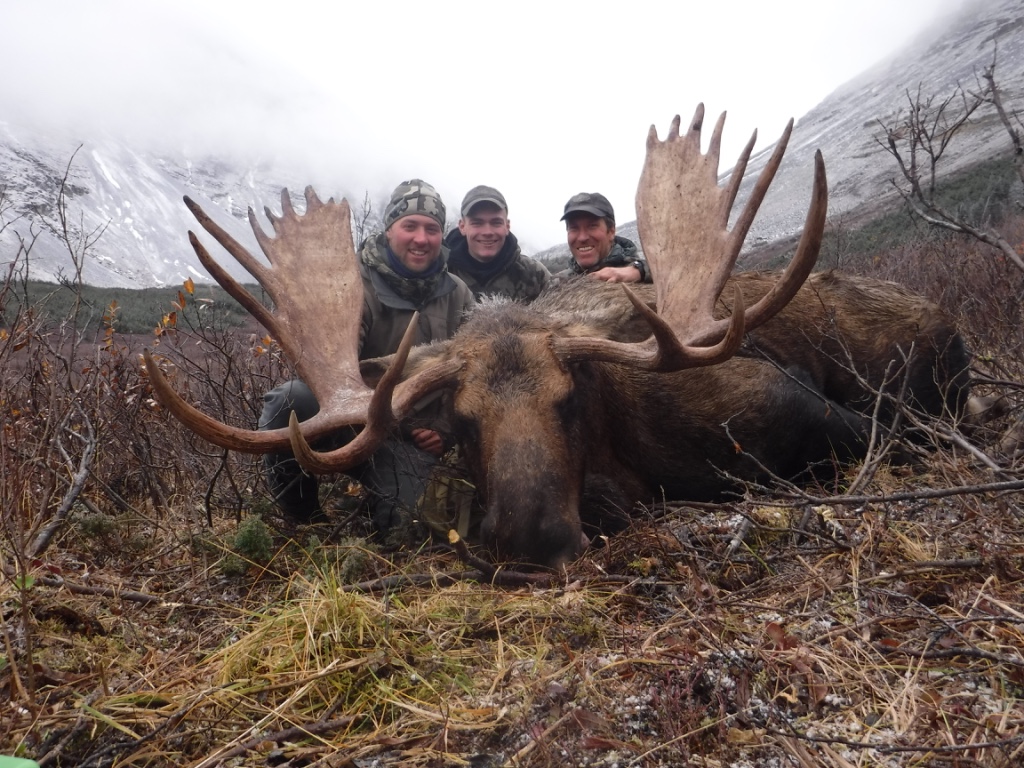 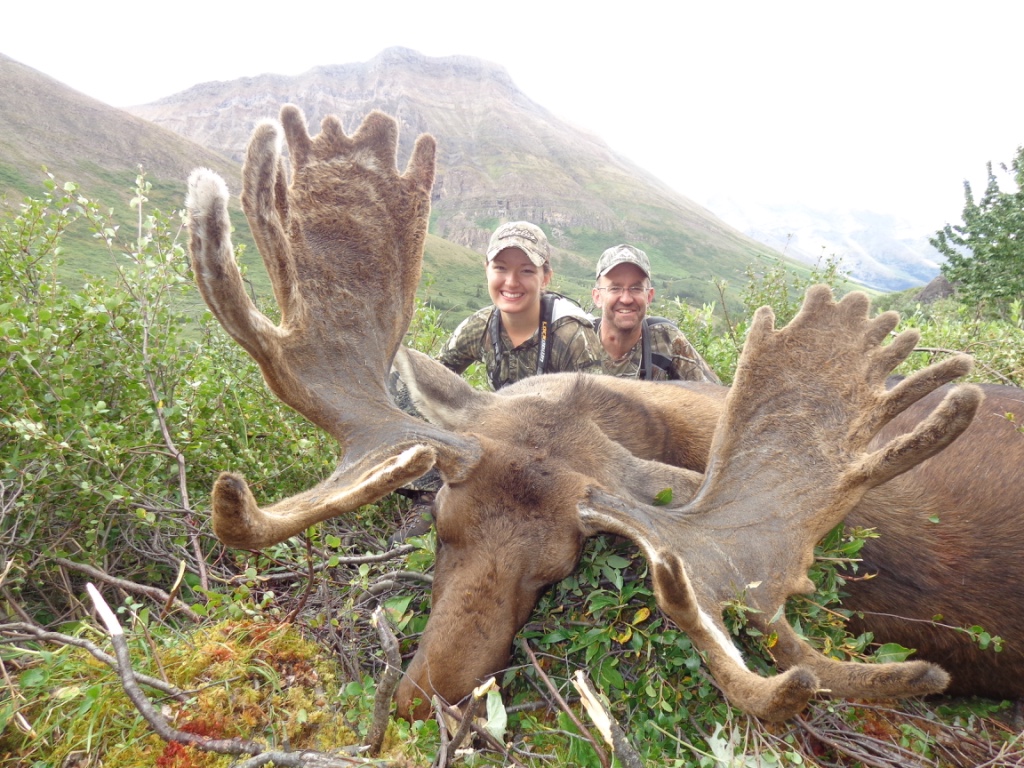 PHOTO GALLERY
REFERENCES
WHAT TO BRING